In honor of National Breast Cancer month, I asked a few courageous women to share their stories. This week, you will be EX-POSED to a story from one of my high school classmates, Amy Knapp. I pray her story encourages, strengthens you, and gives you hope! 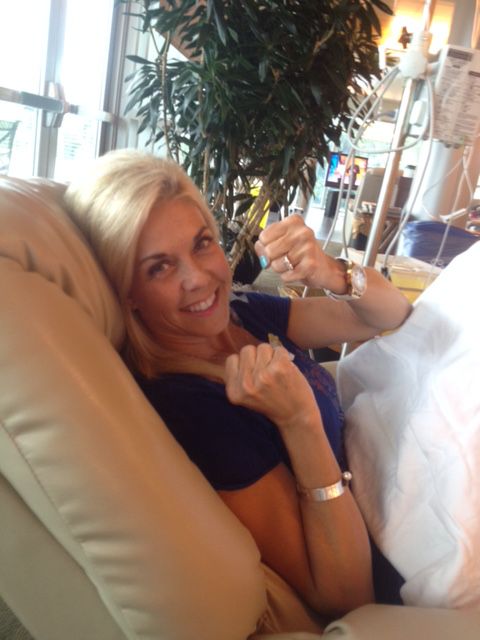 Amy's first chemotherapy treatment. She was ready to fight cancer!

Tell me your name, your current age, when were you diagnosed, and at what age?

At what stage were you diagnosed?

How was the cancer initially detected?

I was in the hospital for an unrelated outpatient procedure when the nurse that was taking care of me went to take my blood pressure and thought she felt/saw something on my breast and asked if she could do an exam. She found three small lumps and was adamant to both Derek and I that I contact my doctor the next day. I cannot say enough times that nurse, Jacquie saved my life. She could have done her job and not gone the extra step of asking me about it and checking it and then really pushing us to get it checked. I feel like she and I were put together that day for a reason.

How did you feel when you first received the news?

I was shocked and devastated and scared and in complete disbelief all at the same time. The doctor that did my biopsy had told us that from the looks of the specimen and the way the lumps were presenting he was 99% sure they were not cancerous. We waited for a week for the results and when the Dr. called on Friday we had not prepared for the words “they are all three cancerous”.

Is there a family history of breast cancer?

There is no family history of breast cancer. 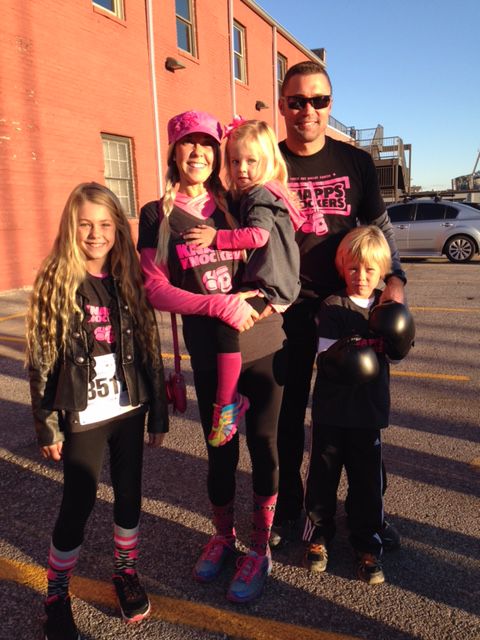 The "Knapps Knockers" at a Susan G Komen race. Mid-course of Amy's chemotheraphy treatments, she found strength to complete the walk.

Did you have a support network? If not, how did you overcome it or find it?

I am blessed to have an amazing husband who was at every procedure and every surgery and who sat in a chair at the cancer center by my side for every chemotherapy treatment. My family and friends and neighbors rallied around our family and fed my children with a meal train sign up. They made blankets and cookies and sent cards every week. They prayed with me and for me. I am forever grateful for all of them.

Tell me about your treatment process.

The first step was a bilateral mastectomy with 14 nodes removed from under my arm and then I had six rounds of chemotherapy which were administered every three weeks. I was given Herceptin every three weeks for a year. They gave my body six weeks to rest and then I had 33 radiation treatments which were done every single day for 33 days. I will take the drug Tamoxifen every day for at least five years. 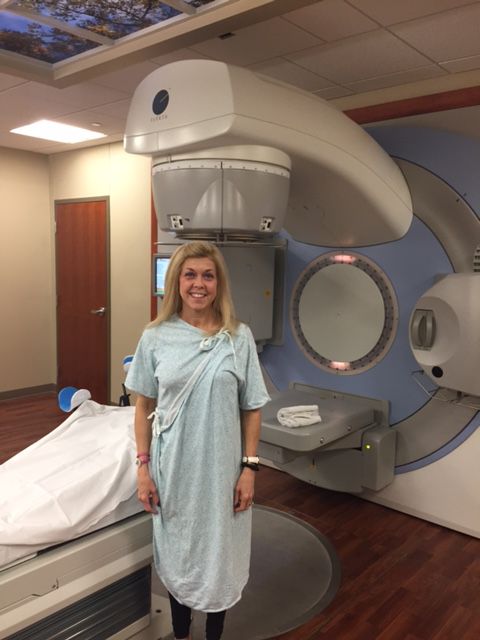 Amy at one of her radiation treatments.

Were there any programs or services offered to you that would help with the treatment process?

I have dealt with a place called Inner Beauty at Methodist Hospital that offers so many services to woman fighting cancer including wigs and prosthesis. I was also given a jar filled with encouraging phrases at my first chemo treatment from a group called Project Pink’d. Those women (all survivors) have become a true source of strength for me.

Did you face any obstacles during your treatment process? If so, how did you overcome these obstacles?

I struggled most during the chemotherapy treatments. It’s really hard on your body in so many ways. I got so down and lost so much weight that I passed out at the treatment center and had to have IV fluids. I got thrush during one round and that on top of the chemotherapy was so bad that I couldn’t even walk to the car. My Dad had to carry me.

Once the nurses figured out how my body reacted though, they gave me fluids after every treatment and put some anti-nausea meds straight into my port so they could counteract it. The radiation burned my chest and neck somewhat but I found Emu oil before and after really helped. The damage that the radiation did internally though has proved to be more than we thought as I am still trying to heal an incision on the right side. The tissue was so damaged that it has nothing left to give to heal itself.

What message would you like to provide women in the community? Someone who was recently diagnosed with cancer?

I would tell her to only fight one fight at a time. When they tell you all of the treatments and surgeries and lay out this long term plan to go through, it is very overwhelming. I found that if I told myself “okay I’m going to get through this mastectomy” and then I gave my mind and my body time to deal with that. I was then ready to take on the next step.

For women in the community I would say, stay aware. I had my yearly mammogram and checkup in February 2014 and they were both clear. Three months later I had three lumps with stage 2 cancer. It can happen to anyone and it can happen fast. If that nurse had not discovered it, I wouldn’t have had another mammogram for 9 months and it could have been much worse. Do your checkups and stay in touch with your own body. 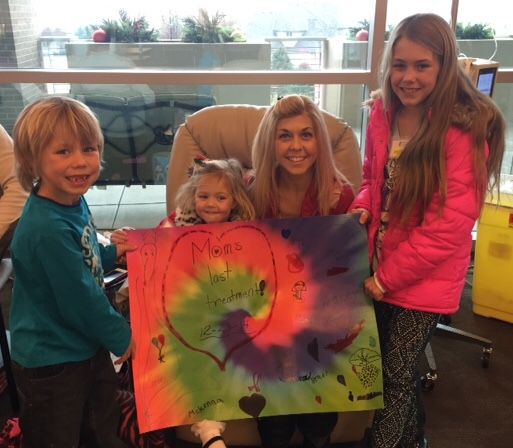 Amy's kids surprised her with a beautiful poster for her last chemotherapy treatment.

Amy, thank you for being vulnerable and sharing your story with the world. I pray your story encourages and provides hope to others. I also pray that you continue to have faith and remind cancer of God's faithfulness! 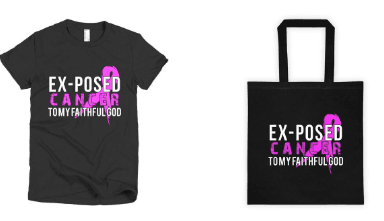